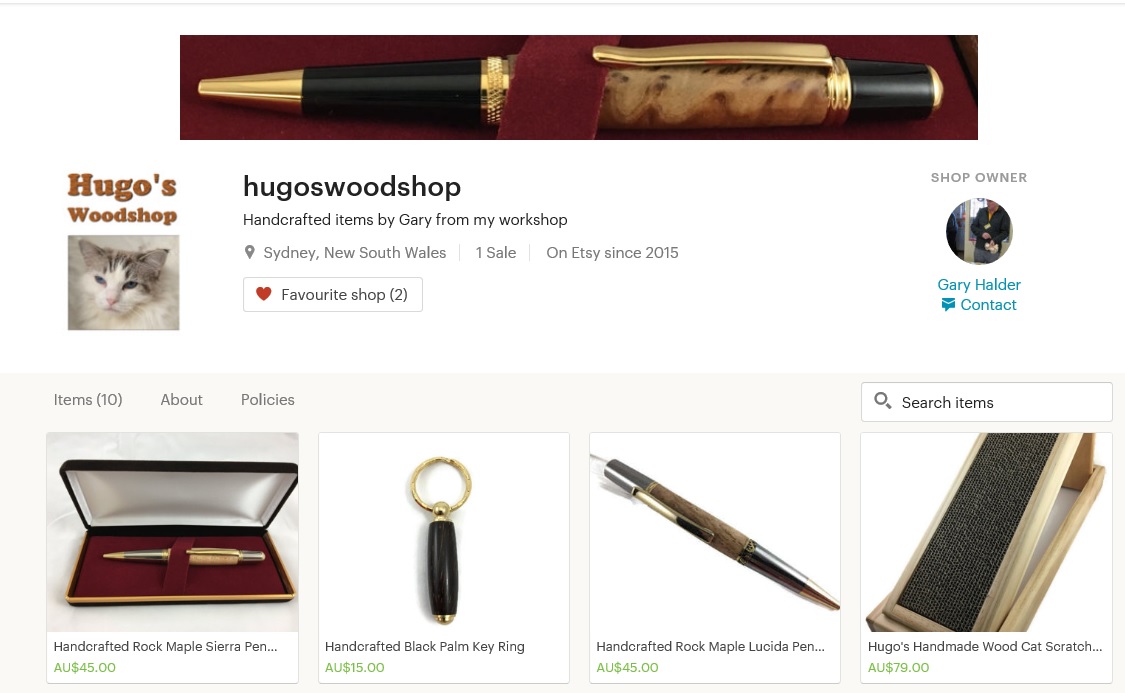 I decided to finally try and sell some items and get my Etsy online store operational and hopefully get some return on investment!

I had installed WooCommerce on this website and added in all the required Widgets including PayPal and even added an item to test but found the maintenance was a pain.

I had previously listed some items on Etsy which had expired; they were setup during a online selling course at my local Community College which concentrated primarily on eBay and Etsy stores.

Decided to stick with Etsy and invested some time checking out prices for other sellers in Australia; including shipping prices.

Also decided to update my photography setup; I had previously bought a 80×80 light tent mainly for future cat scratchers but found it too clunky for small items like pens so I bought a new one that is 50×50 for $50 plus a tripod and new light.

These are the bulbs I use – they are also great in the workshop generally.

Took various photos of pens with different props but still had issues with the shadows and backgrounds.

I then found out about FotoFuse where you can easily remove backgrounds and shadows, this is the same pen:

One other thing I was advised about was bulk posting; this should be avoided as will mess up your profile. Much better to add some every day or other day which I have done.

Very interesting looking at prices in Australia as Sierra pens range from $35 to $85. I decided on $50 including case which seems fair plus $8.50 shipping which seems to be standard.

Starting to add other items as well but still have a lot of pens to add which I will gradually add.

Trying to decide on the descriptions and photos is difficult; I may get it right eventually. If there is a right way as different people have different ideas.

Another thing I was advised was to add branding and details to make a “story” but not really my style.

Now I wait for sales!

GaryI am an accountant who uses woodwork as a way to escape computers. I work in the back half of a tandem garage under the house; effectively a basement that also houses my wife’s car. I have a reasonable set of tools and am getting more into hand tools, mainly due to the lack of noise and dust minimization. I live in Sydney Australia and am a active member of The Shire Woodworking Club, Cubby House Turners & Woodies Inc and The Traditional Tools Group Inc Why Hugo’s Woodshop? All decent website options with Gary were taken so I had to look for something else! Hugo is our 3 year old Ragdoll cat who is very nosy and likes investigating the garage / workshop:
Posted in:
Selling