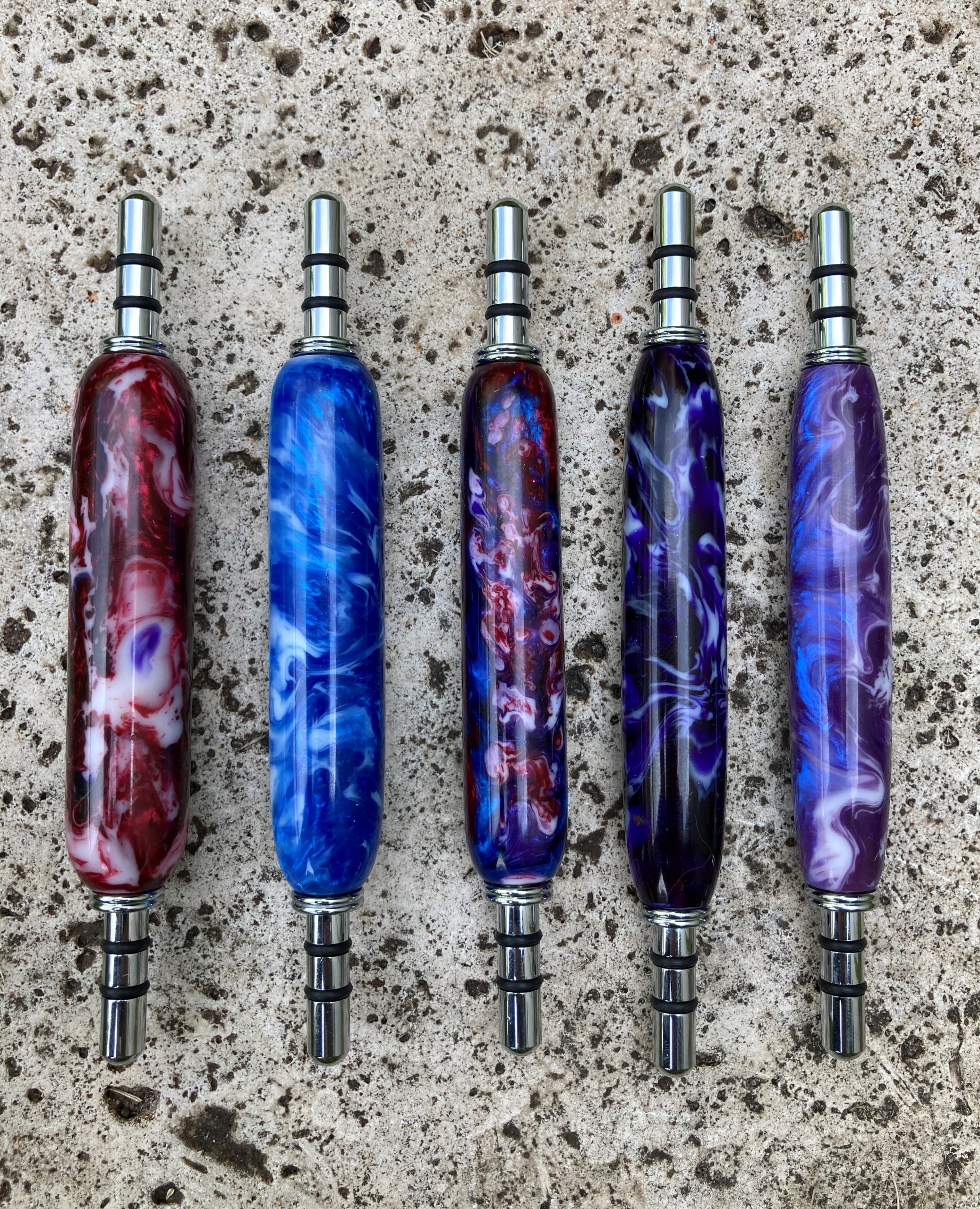 I recently decided to use some “new” epoxy resin that I bought 2 years ago; Megapoxy HX.

First thing was to ensure that my air compressor and pressure pot still worked. Pressurized the pot and left it overnight; vey pleased that it was still holding the pressure:

Initial attempt was to ensure that the resin was still ok due to its age; seemed ok as still liquid.

Had all the gear from before:

Decided I needed a rack so made a basic 2 level one:

This is a mould made for tube in pen casts but adequate for this.

Unfortunately for me first attempt my homemade mould leaked and only left a small amount of resin in the bottom.

The bought mould worked well although I added too much single resin at the bottom.

For the second attempt I simply added more resin to the leaking mould as it was now sealed by the pressured resin. I also added some blue mica powder to  the blue dye for depth, this worked well.

Only had one join split apart while turning; probably should have abraded the blank before adding the extra resin.

Was very happy with the Seam Ripper results; the photo doesn’t show the colours that well.

All for sale through my Etsy and eBay sites

This is one of the dual pour blanks which does have a block of white but still ended up ok.

GaryI am an accountant who uses woodwork as a way to escape computers. I work in the back half of a tandem garage under the house; effectively a basement that also houses my wife’s car. I have a reasonable set of tools and am getting more into hand tools, mainly due to the lack of noise and dust minimization. I live in Sydney Australia and am a active member of The Shire Woodworking Club, Cubby House Turners & Woodies Inc and The Traditional Tools Group Inc Why Hugo’s Woodshop? All decent website options with Gary were taken so I had to look for something else! Hugo is our 3 year old Ragdoll cat who is very nosy and likes investigating the garage / workshop:
Posted in:
Uncategorized
Tagged:
pen turning, resin blanks, seam ripper, woodturning, woodworking